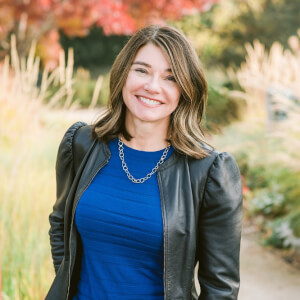 Joanne Sanders launched her staffing industry career as an account representative, covering the Bay Area for Olsten in 1992. After relocating to Pocatello, Idaho in 1994, she started her own employment agency. By landing government contracts and building an excellent reputation in the community, the company became an instant success.

Four years later, after her husband had joined the company as the CFO, the couple sold that company and moved back to the Bay Area to be closer to family. With experience and a solid track record, the Sanders' built another successful staffing firm in a competitive California market. Inc. Magazine ranked BOLT Staffing Service among the 500 fastest growing private companies in the nation in 2003. Today, the company has two offices specializing in the staffing needs of local businesses, non-profit organizations and local government agencies.

Joanne is passionate about serving the communities around her. She is a former mayor and director of the Golden Gate Bridge Highway and Transportation District Board. She served eight years on the Sonoma City Council and on numerous community boards and commissions. Currently, she is a board member for the Sonoma County Taxpayers Association, the Leukemia and Lymphoma Society's Man and Woman of the Year Executive Committee and the Sonoma Chambolle-Musigny Sister City Association.

By working with clients on a daily basis to strategically hire staff and maintain productivity, Joanne enjoys facilitating job creation throughout the region she calls "home" She resides in Sonoma, California, with her husband Morgan Sanders and their three children. She has a bachelor's degree in management from Sonoma State University.

I started working for Bolt years ago. It started when my regular job cut back my hours and I needed extra work to make ends meet. After a few months of temporary jobs, Bolt offered me a stable job within a 10-minute drive from my home in Vallejo. It felt great to be able to pick up my son from football practice! Thank you to the Bolt team for finding me a position near where I live with good pay. Now I work in Bolt’s payroll department to help other people like me get paid weekly. Most importantly, Bolt always treated me like a part of their team!

I was having a difficult time finding a job before Bolt Staffing found my resume and brought me in for an interview. Their recruiters arranged an interview with the IT department at the Golden Gate Bridge district, where I was brought on for a long-term interim assignment It was an awesome opportunity to work with great people at an iconic symbol of California.

Bolt Staffing helped me fill a need that I didn’t know I had. They presented me with a really talented, recently graduated civil engineer who became invaluable to the organization. He accomplished a number of high priority tasks, with minimal oversight, in a short period of time.

“I have been working with BOLT Staffing for the past ten years. During that time, I’ve relied on their team to assist me with the staffing needs of Western Wine Services. They have always gone the extra mile to find qualified candidates for us.”

“We’ve been working with BOLT for more than ten years because they are professional and reliable…and they don’t waste our time with candidates that don’t match our requirements.”

“I get to be part of the winemaking process and get paid every week!”

“They made me feel like a person, not a number. I felt that I was listened to and the interviews I was sent on played to my strengths.”

“They find local assignments that are excellent matches to my skills.”

“They are very helpful, respectful, as well as reliable. They also helped set me up with an assignment right away.”

“They care about your future and they work hard to find jobs that suit your experience and skills.”

“They helped me to find a job and the staff are very nice.”

“They worked with me to find me a job.  They kept pushing me, even though I was about to give up.  BOLT found me a job that fits my schedule and I really enjoy what I do.”

“The people at BOLT are so nice; very accommodating.  I would definitely recommend this place to my friends.” – Allyn C.

“I have worked with Bolt Staffing since 2009. The reason I’ve been with them so long is they are accommodating of finding work. The recruiters, especially, Camila and Danielle as well as Lisa, have always been positive and very nice. If something got messed up (like my paycheck) they fixed it that week to make sure I got payed. (Kudos to Alex). I have recently became a permanent fixture to a position I was temping for the past several months. So Bolt also does well in pairing you with a position that you never know, could be “the one”.  ~ Paula V.

I like BOLT Staffing because of their patience and willingness to work with me. The weekly check in phone calls were cool: wondering how things were going for me at work was a nice personal touch. Thank you BOLT, the best staffing company I’ve ever worked for!

They gave me a chance to branch out using all my experience and put me in the best job possible for me.

They put me to work 3 days after completing the application and my paperwork. They were very careful to explain all steps clearly. They were very good about answering all of my questions. I would highly recommend this agency in every way. This is and was my experience with them, thank you.

“They found me a job right away and I was surprised it was that quick. Thank you for finding me a job ASAP!

They’re they best staffing agency I’ve ever worked with. They’re really great at giving the help and service you need.

They are friendly, easygoing, and very helpful. They helped me find the right job with no hassle. Best agency I’ve ever dealt with.

They keep me busy!

The staff is very nice and helpful. Also they find jobs for you nearly every week.

I found multiple jobs to expand my experience.

“They were able to accommodate the testing needs I had…They have a friendly and quiet atmosphere that helps a lot for testing.”

“Everyone is so friendly…they have so much energy.”

“They are a great agency that provides the perfect job for the right person. Thanks, BOLT.”

“It was quick and easy to find a decent job with minimal hassle. The staff is friendly and on top of their jobs.”

“I like BOLT Staffing because of your very good people who have helped me start a new career.”

“I have been to a few agencies, but I have to say I felt more confident in you and your agency than I have felt with the others.  I am excited about BOLT Staffing helping to find a career that is the right fit for me.  Thank you.”

“They help you find work, they keep you busy and the service is great!”